Sometimes the best lessons are ones that don’t appear on the syllabus. 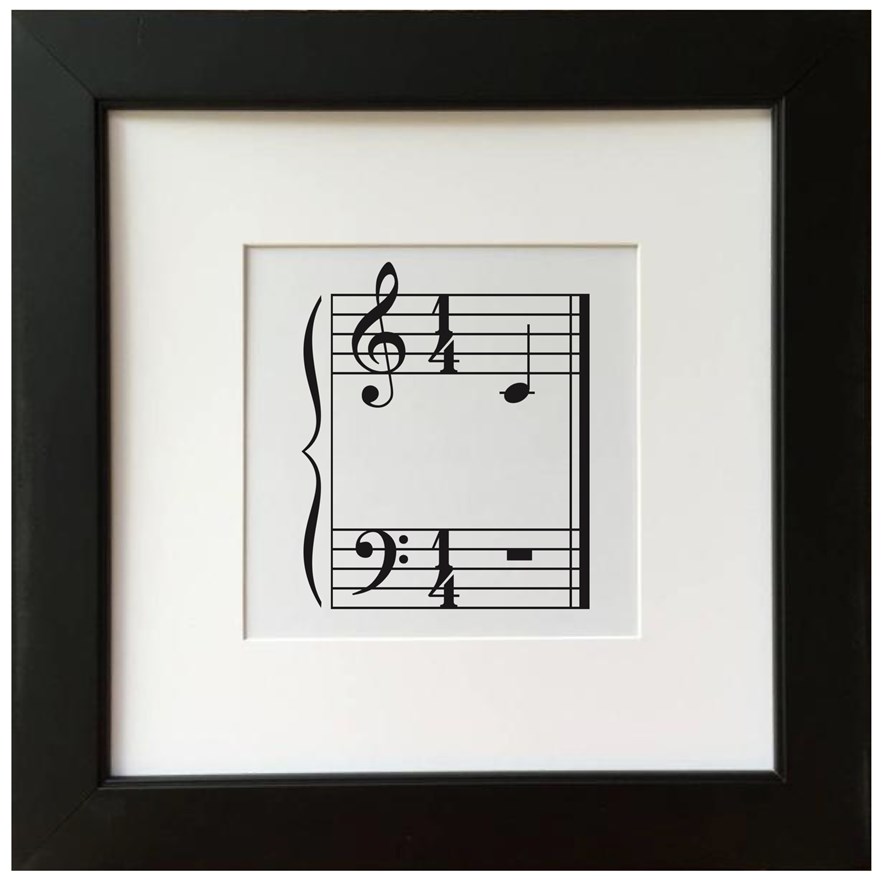 I’m thrilled to announce that, starting this month, all of my students will be invited to participate in a new program I call “Note of the Month.”  Because we all—whether we’re singers, pianists, songwriters, or actors—use the same spectrum of sound as the medium for our art-making, it’s important that we gain confidence and skill at using all of the pitches we have at our disposal.  What better way to do that than giving each note its own special month?

We’ll talk more about this exciting program together in lessons, but as always, don’t hesitate to ask if you have any questions!

Every year the day I get the “testimonial” interviews back from the videographers takes me by surprise.  It’s been a few weeks, by then, since the frenzy of preparations for DMGS3 reached its zenith and quickly subsided and I crashed into bed with a huge, relieved sigh of “DONE!” and fell deeply asleep with a smile of gratitude on my face.  So to have this reminder of the day arrive in my inbox is a pleasant surprise in itself.  And to watch what my students have to say about their work with me is always both humbling and gratifying.

And then today, coincidentally, after the videos arrived, a Twitter screenshot started making the rounds of social media today with the following characteristically concise message:

The tweet just underscored for me a common thread that I saw in my students’ testimonials, and that I had earlier reflected on as I was preparing the program book for this year’s event.  Here’s what I said in my introduction to that book:

Some people work every day to make the world a better place.  Doctors and lawyers, novelists and journalists, ministers and folks who run non-profit service agencies. They cure disease and feed the hungry and promote intelligent discourse in a world that badly needs it.  The things they accomplish every week are enviably important.

Me?  I teach music.  I tell pianists to curl their fingers more and loosen their wrists.  I tell singers to raise their soft palates and engage their abs.  If you get stuck focusing on the “what” and the “how” of music-making, it can seem… unimportant.

That’s why today is such an important day for me.

Today is about the “why.”  Today I get to be present as my students—the finger-curlers and wrist-looseners and soft-palate-raisers and ab-engagers—bravely put themselves before a group of strangers, and they make them feel things.

How often are policy decisions made based on cold-facts profit-and-loss statements?  Heartless laws written—and compassionate laws blocked—because the people they impact are safely ensconced in statistics, stereotypes, and anonymity?  What would our world look like if our society valued and prioritized the universal humanness of delighted laughter and sympathetic tears… of contented sighs and compassionate groans… the universal humanness of feeling?

The folks who make music for you today may never end up at Carnegie or on Broadway.  They may spend their days as mathematicians or chemists, office workers or executives.  Their careers may not have anything to do with music.  But as long as they continue to practice and model the courage it takes to feel, and they help others to do the same, I believe to my core that every day of their lives, they will make the world a better place.

I am so proud of the feelings my students discover during their work, and evoke in others.  It’s a tremendous honor to be present when students expand their boundaries of vulnerability and summon the courage to reveal their deep-seated human-ness, whether it’s in the safe privacy of the lesson studio or in the public space of the stage.  Artists are brave, brave people, and their bravery is the best kind: the artist’s bravery is the kind that, rather than threatening or insisting or boasting, invites the rest of the world to join in, to take a risk, and to be brave together.

Honestly, I think that kind of bravery is the only hope our world has right now.

So, what brave art have you made today?

Y’all know already that I hate Christmas*, and that I’m not a fan of calendar-based gift-giving.  But I know that I represent a (vocal but lovable) minority in holding those positions—and anyway, the news I’m about to share with you kinda takes the idea of calendar-based giving and flips it on its head.  So with only reluctant acknowledgment that “Black Friday” is hurtling our way.…

I’ve just launched a new page on my website that allows you to purchase gift lessons for your friends and loved ones, right online!  You can purchase single ad-hoc lessons for the “list price” of $40 each, or save money by purchasing lessons in “packs”:

Whichever package you choose, you’ll pay online using your PayPal balance or credit card, and immediately receive a confirmation email (from scheduling@acuityscheduling.com) with the Certificate Code that your recipient will use on my Gift Session scheduling page to schedule their sessions.  You’ll also receive a link to a Gift Certificate that can be printed and/or emailed to the recipient.  (They’re quite sharp-looking, if I say so myself.)

You can compare those packages and purchase one (or more…) on this page, found under the “Teaching” tab of my website.  And as always, I hope you’ll feel free to contact me if you have any questions!

Ask just about any professional performer what the most stressful part of their career is, and they’ll answer in one word: “Auditions.”  We never get over it, somehow—no matter how long we’ve been doing theatre, no matter how well we know the material, no matter how “right” we know we are for the part, auditioning always seems to generate a special kind of stomach-knot.

That’s why I’m thrilled to announce a new opportunity for Musical Theatre performers of all ages in Central Pennsylvania: The “Second-Saturday” Audition Workshop series!

From 10 AM to noon on Saturday, September 8, and continuing on the second Saturday of each month following, I and a plucky group of MT performers will gather in the upstairs common room of The Perfect 5th Musical Arts Center in Mechanicsburg to practice audition material and “workshop” it—identifying strengths and opportunities for improving each performance, so every performer can bring their “A Game” to their next audition, whether it’s for a community theatre production, a college admissions audition, or a professional gig!

You don’t have to have an audition in your immediate future to participate—remember, your goal is to get so solid on your audition material that you can do it even with a roomful of disinterested strangers judging you. So even if you’re looking ahead to an audition that’s a few months away, it’s a great idea to start preparing early, and then to bring your material back for multiple sessions so you can celebrate your progress and increase your confidence as the date draws closer!

For more details and to register for one or more sessions, see the “Projects” section of my website or contact The Perfect 5th.  I’ll look forward to working with you!

I wrote the following as an “open-ish” letter to the cast of a high-school show I music-directed back in 2014, and originally shared it with them as a post to the cast Facebook group, on the day of the “Apollo Awards,” a local fundraiser event that mimics the Tony Awards, but for high-school musicals.  Seems like every year at this time (and sometimes at other times) I feel an urge to revisit these words.  So, to anyone who’s found a calling in “show biz”:

Well, folks, today’s the day.  By the time you call it a night tonight you’ll know whether our work together is officially “Apollo-Award-winning,” or… or not.

It would be an overstatement of my noble indifference for me to say I don’t care about tonight’s results.  I do care, though not by much, and not because I hope we “win.”  The “not by much” part is a symptom of the wisdom that experience brings: I’ve “won” awards and competitions with work I was dissatisfied with, and some of my best work has “lost” recognition I felt sure it deserved.  (And I have a feeling I’m not alone in that.)  The “I do care” part is because I know how tempting it is—not “especially,” but certainly at your age—to base your sense of self-worth on the opinions others express.  And I’ve known people whose artistic souls have been crushed by others’ failure to appreciate their gifts.

There’s nothing wrong, per se, with looking to others for affirmation.  A big part of growing up is deciding whose opinion should matter to you, and whose shouldn’t.  (And the most important part of that process, IMHO, is realizing how much smaller that first group is than the second.)  We define those groups—and re-define them—slowly and carefully and often painfully, as we realize that seeking “this” person’s approval has tended to bring us exhaustion or frustration or even pain, and that “that” person has continued to offer us affirmation and encouragement and loving challenge even when their opinions felt irrelevant or outdated or unwanted.  Defining those groups is something you never ever finish with, and it’s a task only you can do for yourself.  So it might seem like only an arrogant jerk would offer someone else advice on that process.

But I, as you know, am just exactly that kind of arrogant jerk, so here’s my take on it:

The “Apollos” judges don’t belong in that first group.

And if our show isn’t named for a single award, it won’t mean that our pride in our work was misplaced.  It won’t mean that we didn’t overcome the challenges of cancelled rehearsals and condensed timelines.  And it won’t mean that there weren’t moments—I saw them on your faces—when you couldn’t believe art that powerful could come out of your bodies and voices and souls.

So here’s my challenge to you: decide NOW whether our production was worth the time and heart you put into it.  Decide NOW whether you’re proud of the work you and your teammates did.  Decide NOW whether we did good work together.  And then, before the judges even open their mouths, decide who else on the planet has a right to try to change your mind about any of that.

When you get the hang of that, you’ll be an artist.

Which is really just another word for a whole human being.

Let it fly, my friends.

With gratitude and respect,